Where the Crusades justified? 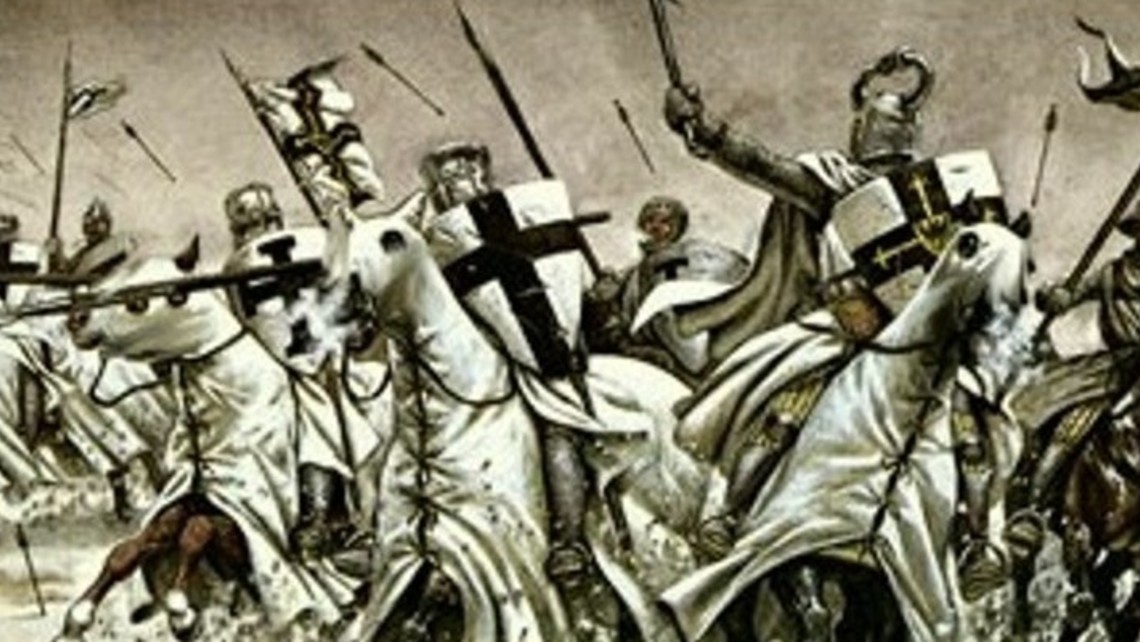 I've been catholic my whole life and one thing that people always bring up to me is the horrible things the Catholics did during the crusades and how they "started" it. Also, sex abuse in the church. I remember listening to your show and Terry mentioned the percentage of sex scandals in the church and compared it to other churches. Could you please send me this source I would like to know more about it.

Lastly, do you know any good way I could respond to the crusades question? Thanks!

Were the Crusades justified?

Let’s be blunt: Do we believe in reclaiming the world for Christ and His Church, or don’t we? Medieval knights took that responsibility seriously, wore the cross on their capes and tunics, and prayed and understood an incarnational faith that acted in the world. It was these knights’ defensive war — and the defensive war of the Church and its allies up through the 18th century, for a millennium of Western history — that repelled Islamic aggression and kept Western Europe free. For that we should be ashamed? No. The Crusades were a call from the Church to take back the lands overrun by Muslim invaders and, by extension, to free those Christians living under Islamic oppression. For Pope Urban II the 1st Crusade in 1095 was a long overdue defensive action from the Church since Christendom had been attacked for more than two hundred years by militant Islamic armies. 2/3 of the ancient Christian world had been forcibly converted to Islam by the end of the 11th centuryhttp://www.britannica.com/eb/article-9110241/Crusades. Historian Edward Gibbon states that if the West did not fight back we would all be reading and studying from the Koran. The Crusades were Christianity’s attempt to recover the heartland of Christianity and defend herself against militant Islam. Christianity was nearly wiped out by Militant Islam, during the 1st hundred years of Islamic attacks upon Christianity “about 3,200 Church’s were either destroyed or converted to Mosque’s and 90% of the Christian population became Muslim and these nations fell from progress to retardation and poverty” (Facts on Islam p.16). “The idea that the Crusades were comparable to jihad in motive, or even predatory imperialist actions against peaceful and indigenous Muslim populations, is simply totally inaccurate and revisionist history. The Crusades were basically a response to the attempt of the Islamic armies to conquer Christian lands. It was Muslim jihad which precipitated the Crusades. Today, because of Islamic terror groups, the West is again strapping on its armor. We shouldn’t be ashamed of our predecessors who were compelled to do the same. Crusades were Catholics simply defending themselves from marauding Muslim invaders. The “Crusades were a defensive response by Catholics against Muslim thuggery.”

Rodney Starks book (Gods Battalions: The Case for the Crusades) “shows that, contrary to popular belief, they (the Crusades) were not launched to ruthlessly conquer non Christians, but to defend Christian people already under ferocious attack by Islamic warriors…The Crusades were not unprovoked. They were not the first round of European colonialism. They were not conducted for land, loot of converts. The Crusaders were not barbarians who victimized the cultivated Muslims. The Crusades were not a blot on the history of the Catholic Church. No apologies are required” (Catalyst p.9; ‘Debunking Anti-Catholic Myth History’ by Bill Donohue; Vol 43, no.10; Dec 2016).

Some heroes that defended freedom and Christianity were Charles Martel (battle of Tours 732 A.D.). He routed the Muslims from conquering Europe. We need another voice like Pope Urban at the 1stCrusade when he said: “God wills it, God wills it”! St Bernard of Clarvaux approved the Crusades as a just war (Church History p.317, 324). Richard the Lionheart defeats the Muslims in the 3rdCrusade in 1191. St Ferdinand of Castile (1252) regained much of Spain through war from Islamic invaders, Don Juan of Austria at the Battle of Lepanto (1571). The King of Poland, John Sobieski at the battle of Vienna Austria defeating Muslim invaders on Sept 11, (1683). The Crusaders did a Holy Hour with their sword on the altar all night before be send off to defend Holy Mother Church (Church History p.312).