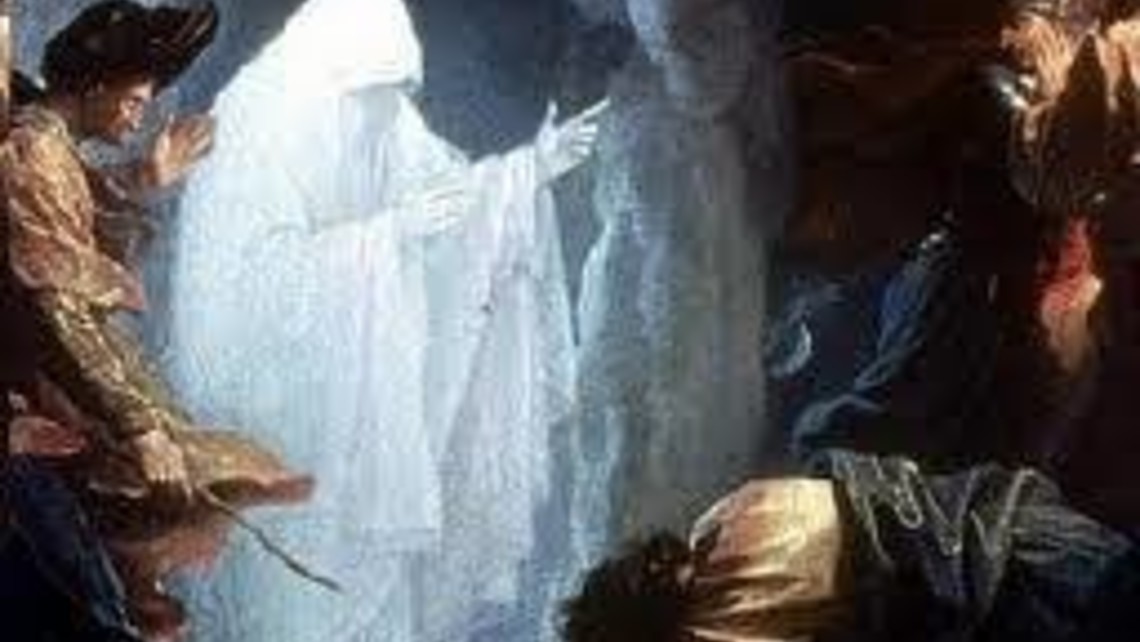 On Monday’s (May 6, 2019) show, you and Eddie were talking about invoking demons and I asked a question in the chat room on YouTube. However, you were not able to respond to it and I was told you’d answer my question today – that didn’t happen.  Unfortunately, I won’t be able to listen to Jesus 911 on Wednesday or Thursday due to doctor appointments, so I decided to email you my question.  Currently, I am reading 1 Samuel in the Old Testament where Saul disguises himself and goes to a witch because he isn’t hearing from God. When the witch invokes/summons for Samuel, he comes through and gets angry at Saul for having disturbed him. My question is, why did Samuel come forth at the bidding of the witch if it’s known that whenever a witch does get a spirit to come through it is always a demon?

Looking forward to your response and may God bless you!

1 In those days the Philistines mustered their military forces to fight against Israel. So Achish said to David, “You realize, of course, that you and your warriors must march out for battle with me.” 2 David answered Achish, “Good! Now you shall learn what your servant can do.” Then Achish said to David, “I shall appoint you as my permanent bodyguard.” 3 Now, Samuel was dead. All Israel had mourned him and buried him in his city, Ramah. Meanwhile Saul had driven mediums and diviners out of the land.  Medium & diviners: King Saul’s own prohibition of necromancy and divination (v.3) was in keeping with the consistent teaching of the Old Testament (cf. Lv 19:31; 20:6, 27; Dt 18:10).

4 The Philistines rallied and, coming to Shunem, they encamped. Saul, too, mustered all Israel; they camped on Gilboa. 5 When Saul saw the Philistine camp, he grew afraid and lost heart completely. 6 He consulted the LORD; but the LORD gave no answer, neither in dreams nor by Urim nor through prophets. 7 Then Saul said to his servants, “Find me a medium through whom I can seek counsel.” His servants answered him, “There is a woman in Endor who is a medium.” The Medium at Endor. 8 So he disguised himself, putting on other clothes, and set out with two companions. They came to the woman at night, and Saul said to her, “Divine for me; conjure up the spirit I tell you.”d 9 But the woman answered him, “You know what Saul has done, how he expelled the mediums and diviners from the land. Then why are you trying to entrap me and get me killed?” 10 But Saul swore to her by the LORD, “As the LORD lives, you shall incur no blame for this.” 11 “Whom do you want me to conjure up?” the woman asked him. “Conjure up Samuel for me,” he replied.

Samuel Appears. 12 When the woman saw Samuel, she shrieked at the top of her voice and said to Saul, “Why have you deceived me? You are Saul!” 13 But the king said to her, “Do not be afraid. What do you see?” “I see a god rising from the earth,” she replied. 14 “What does he look like?” asked Saul. “An old man is coming up wrapped in a robe,” she replied. Saul knew that it was Samuel, and so he bowed his face to the ground in homage. [Catholic Commentary on Holy Scripture p.317- It was God rather than the witch who summoned Samuel to make clear the connexion between Sauls present misfortunes and past sins. The phrase I saw a god rising from the earth were preternatural beings coming from the region of Sheol. The witch describes the spirit of Samuel and King Saul also recognizes Samuel].

[Douay Rheims Leo Haydock Catholic Commentary p.377 – “the soul of Samuel appeared indeed…not that the power of her magic could bring him to earth, but that God was pleased for the punishment of Saul, that Samuel himself should denounce unto him the evils that were falling upon him. The Bible confirms Samuels apparition in Ecclesiasticus (Douay Rheims 46:23) xlvi.23 “he slept and he made known to the king, and shewed him the end of his life, and he lifted up his voice from the earth, in prophecy, to blot out the wickedness of the nation…” Yet his soul was not united to his body, nor was he brought forward by the power of the devil, but by a just judgement of God, to denounce destruction to the wicked king].

Saul’s Doom. 15 Samuel then said to Saul, “Why do you disturb me by conjuring me up?” Saul replied: “I am in great distress, for the Philistines are waging war against me and God has turned away from me. Since God no longer answers me through prophets or in dreams, I have called upon you to tell me what I should do.” 16 To this Samuel said: “But why do you ask me, if the LORD has abandoned you for your neighbor?...

So, you are correct, it was God who permitted Samuel to come up from Sheol the world of the dead, it was not done by the witch.