Jesse...What is the truth about the death penalty? 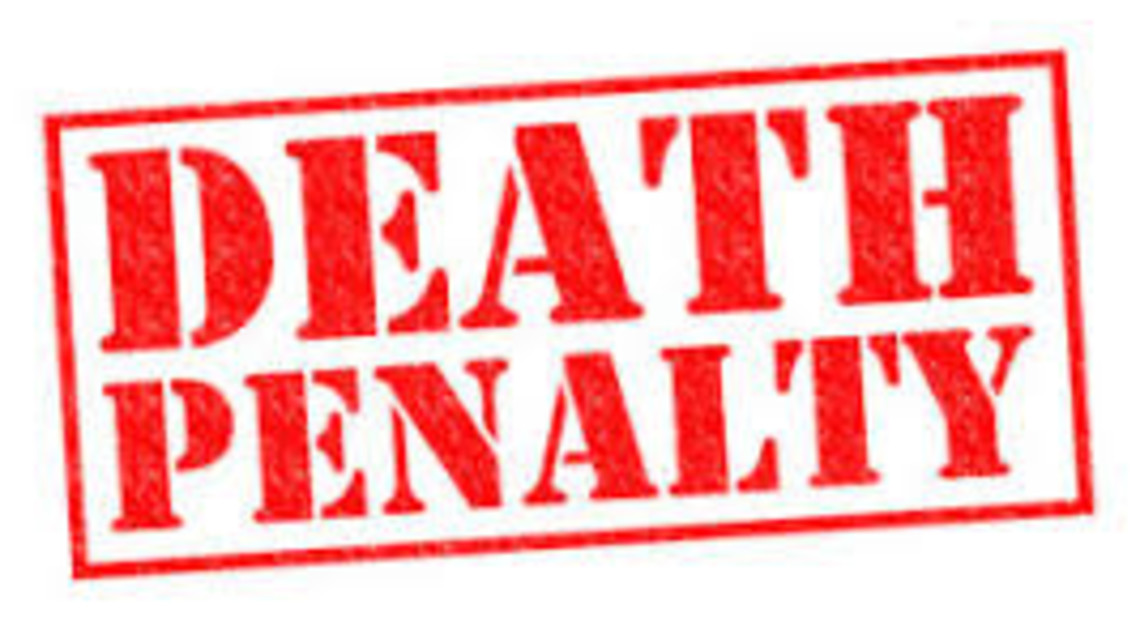 Here is your answer your question directly.

Here is why I disagree with the conclusion of that article. It’s simple - the Catholic Church has ALWAYS allowed for the Death Penalty because it comes from God himself. No Pope or Council can change what God has written, its divinely revealed. Scripture cannot change or be rejected, it’s the highest form of teaching.

To outlaw the death penalty would be to go against would God clearly says in the Bible:

Genesis 9:6 "Whoever sheds the blood of man, by man shall his blood be shed; for God made man in his own image."

Who has the right to execute a convicted criminal? The Government does! Read

Romans 13:1-4 Let every person be subject to the governing authorities. For there is no authority except from God, and those that exist have been instituted by God. Therefore whoever resists the authorities resists what God has appointed, and those who resist will incur judgment. For rulers are not a terror to good conduct, but to bad. Would you have no fear of the one who is in authority? Then do what is good, and you will receive his approval, for he is God's servant for your good. But if you do wrong, be afraid, for he does not bear the sword in vain. For he is the servant of God, an avenger who carries out God's wrath on the wrongdoer. Therefore one must be in subjection, not only to avoid God's wrath but also for the sake of conscience....

While often ignored in this discussion, Acts 25:9-11 sheds some valuable light on this issue as well:

Festus, wanting to do the Jews a favor, asked Paul, "Are you willing to go up to Jerusalem and be tried before me there on these charges?" 25:10 Paul replied, "I am standing before Caesar's judgment seat, where I should be tried. I have done nothing wrong to the Jews, as you also know very well. 25:11 If then I am in the wrong and have done anything that deserves death, I am not trying to escape dying, but if not one of their charges against me is true, no one can hand me over to them. I appeal to Caesar!" 25:12 Then, after conferring with his council, Festus replied, "You have appealed to Caesar; to Caesar you will go!" (Acts 25:9-11)

Paul had been imprisoned for approximately two years when he stood trial before Festus. The Jews in attendance brought many accusations against him. Paul maintained his innocence from those charges, but did not object to being put to death if he had done anything that was deserving of death. Paul did not object to the possibility of capital punishment by arguing that it was unjust punishment, or in contradiction to God's design. To the contrary, he acknowledged there were crimes deserving of death, and was willing to submit to that penalty had he actually committed those crimes.

Yet another example (John 19:7-11) The Jews answered, “We have a law, and according to that law he ought to die, because he made himself the Son of God.” Now when Pilate heard this statement, he became even more afraid, and went back into the praetorium and said to Jesus, “Where are you from?” Jesus did not answer him. So Pilate said to him, “Do you not speak to me? Do you not know that I have power to release you and I have power to crucify you?” Jesus answered [him], “You would have no power over me if it had not been given to you from above. For this reason the one who handed me over to you has the greater sin.”

What is important to note about this passage is that Jesus did not challenge Pilate's gubernatorial right to sentence Him to death. He implicitly affirmed Pilate's right to administer capital punishment, and that the right came from God. He did not say, "You have no authority to do this," but rather "You only have this authority because it is given to you by God." Pilate thought he held the power of Jesus' life in his own hand, but Jesus countered that Pilate would not be able to crucify Him unless God allowed him to do so. Jesus challenged the source of Pilate's right, not the right itself.

For those who accept Scripture as the authority for faith, then, the Biblical teaching and rationale should be sufficient to arrive at a position on this controversial issue.

CCC 2266 - acknowledges the traditional three-fold purpose of punishment and lists retribution as the first purpose:
"Legitimate public authority has the right and duty to inflict punishment proportionate to the gravity of the offense. Punishment has the primary [note the word!] aim of redressing the disorder introduced by the offense. When it is willingly accepted by the guilty party, it assumes the value of expiation [this is the rehabilitation of the criminal]. Punishment then, in addition to defending public order and protecting people's safety [this is the first of the three purposes listed above], has a medicinal purpose (repentance of the soul): as far as possible, it must contribute to the correction of the guilty party [back to rehabilitation]."

Here is a biblical example of what the Catechism describes: Luke 23:39-43 Now one of the criminals hanging there reviled Jesus, saying, “Are you not the Messiah? Save yourself and us.” The other, however, rebuking him, said in reply, “Have you no fear of God, for you are subject to the same condemnation? (St Dismas says) And indeed, we have been condemned justly, for the sentence we received corresponds to our crimes, but this man has done nothing criminal.” 42 Then he said, “Jesus, remember me when you come into your kingdom.” 43 He replied to him, “Amen, I say to you, today you will be with me in Paradise.

Notice, Dismas admits that he is deserving of the death penalty, this could be seen as 'penance' or if accepted by the guilty party, it assumes the value of expiation. The purpose of the death penalty is medicinal, to bring the sinner to repentance since he knows the time of his death. Knowing the exact moment your going to die should motivate the person to make their peace with God.