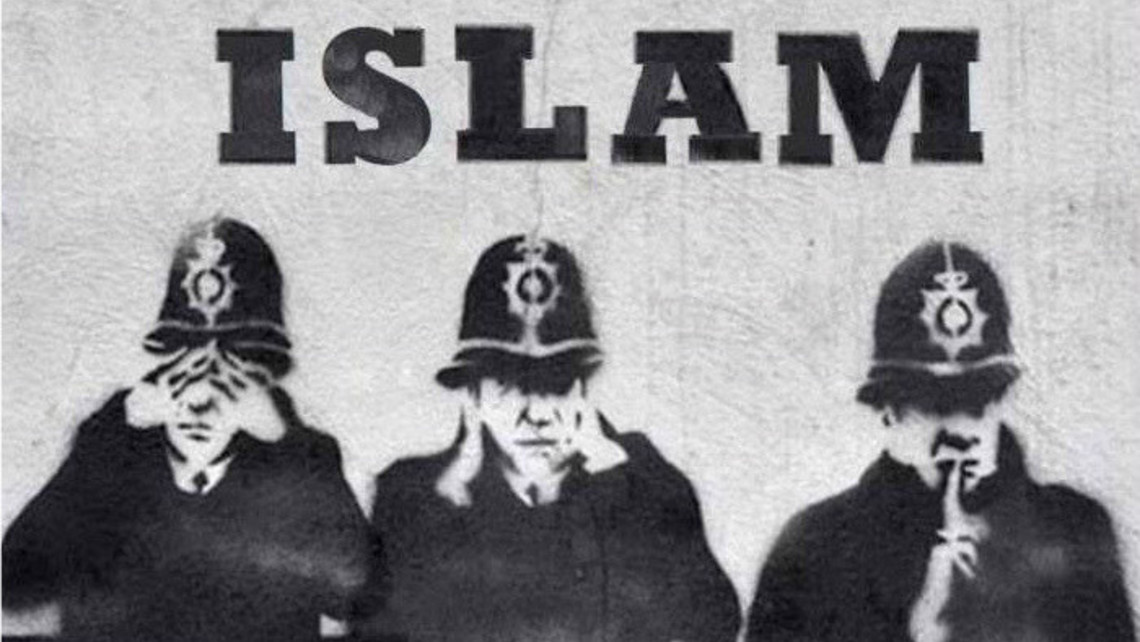 Why is it that Muslim Male "Refugees" are Gang Raping Women in Europe? Why is it the Europe has a muslim rape epidemic in their hands?

Arabic gang-rape is a game to these men called 'Taharrush'. European woman are being surrounded by groups of Muslim men in crowds and sexually assaulting them.

Sura 4.3 (Polygamy) And if you fear that you cannot act equitably towards orphans, then marry such women as seem good to you, two and three and four; but if you fear that you will not do justice (between them), then (marry) only one or what your right hands possess; this is more proper, that you may not deviate from the right course. Islam see's itself at war with Europe and at war with the world. As they feel empowered, as they feel they are taking over European culture, they see woman as "the spoils of war", or as their "sex slaves."

The Qur'an teaches Men can have slave girl concubines to satisfy their desires.

Muslims will tell you a Muslim man can have up to four wives at a time, based on Sura 4:3. Strictly speaking that is not the complete truth, as a Muslim can also have unlimited concubines and can have sex with "women their right hands possess" (Sura 23:5-6; 33:50,52; 4:24; Sura 70:29-30).  This verse is one verse out of a long passage dealing with who Muslim men can marry or have sexual relations with. The phrase "captives whom your right hand possess," means the slave girls Muslim men own. This passage permits Muslim men to have sex with their female slaves. https://www.answering-islam.org/Silas/femalecaptives.htm

Also, the way most European dress which is very immodest, this fuels the Muslim male's concupiscience, he doesn't have the Holy Spirit indwelling in him to give him temperance and self control. In addition, he appeals to the Koranic verses that says that you can take woman "captives whom your right hand possesses." This is a cocktail for a rape culture that Europe presently finds itself in.