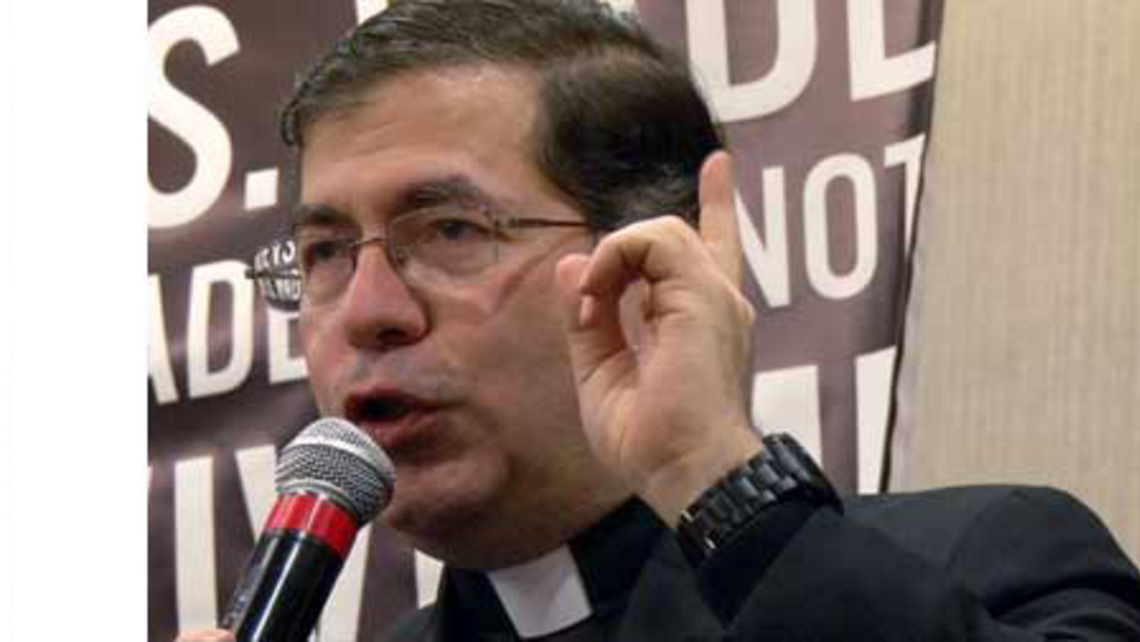 The words and actions of Pennsylvania Democrat representative Brian Sims, who publicly bullied peaceful prolife citizens in front of Planned Parenthood of Southeastern Pennsylvania, are outrageous. Here are his responses to five absurd things he said, and then five action items we can all take.

Sims: He said the protestors could pray at home.

Fr. Pavone: So can firefighters and police, emergency medical technicians and doctors and nurses. But to help the people who need them, they need to go to where those people are. That’s exactly what pro-life activists do as well. We go to the places where the babies in the womb are being killed, and where their parents need alternatives to abortion.

Sims: “How many children have you clothed today?”

Fr. Pavone: Democrat pro-abort Sims uses a tired old accusation here, which is absurd as if a man beating his wife were to say we cannot tell him to stop unless we marry her, or a man abusing his child were to say we can’t defend the child unless we feed and clothe that child. Anyone and everyone can stand up against violence, without fulfilling any other criteria.

Sims:  says these protestors do not know what is good for women’s bodies. How about trying this on for size:

Fr. Pavone: What’s good for women’s bodies is to protect them from dismemberment, which is what abortion does to the bodies of the girls and boys in the womb.

Sims thinks he’s being clever by offering to donate to Planned Parenthood for the protestors who are out there.

Fr. Pavone: But he and many others are going to donate to them anyway – especially given that they donate so generously to pro-abortion politicians like him.

Aside from answering the silly arguments he gives, there are five action items I am urging pro-life people to take, in the light of Democrat Brian Sims outrageous words and actions:

1. Watch the videos and express your outrage about these actions.

2. Sign up for our action alerts – StopAbortionNow.org – and sign the current one to indicate your demand for an apology from this Representative and from the Pennsylvania Democrat Party.

3. Participate in prayer and protest at the abortion facility nearest to you, and show that you will not be intimidated by this behavior.

4. Urge your pastor to condemn this behavior and to encourage more pro-life activism among his parishioners, as did Archbishop Chaput of Philadelphia.

5. Prepare yourself to elect more pro-life public officials in the upcoming elections by signing up at ProLifeVote.com.